VIOLENCE AND SHOOTINGS ON THE RISE

Incidents of violence and shootings have been increasing.

Although Women’s month (August) has come and gone, the majority of these incidents are against women and many are domestic in nature. It appears as if every week there is another report of aggravated violence or murder.

Whilst some of the lockdown Regulations may have assisted in hampering these incidents temporarily, there remains a concern that the circumstances of lockdown have also exacerbated already untenable domestic relationships to greater levels of violence than before, including several situations where someone has killed their wife/partner and their children before turning the gun on themselves.

It has been reported that there is currently a backlog of over 28,000 DNA samples at police forensic labs, so that unknown suspects are not being identified and arrested quickly, or the chance for successful and swift prosecutions are affected.

On Thursday, the 27th August 2020, President Ramaphosa spoke of how their National Strategic Plan on Gender-Based Violence & Femicide provides for a Council to lead the implementation of the Plan. This Council was meant to be in place since March 2020, and it is unclear as to what exactly has been done as of yet to take real steps towards bringing an end to the violence and murder. 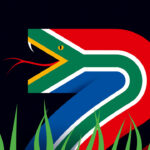 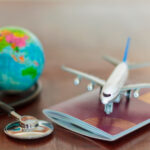