Are you in danger from your spouse?

Do you fear you are in danger from your spouse? Just how far will someone go to get rid of their spouse for good and make their own life easier? Situations of never-ending fights about assets or children, or an ongoing concern about money together with the tempting prospect of a big life insurance payment, has actually led to a few seemingly unreal movie-like scenarios playing out in real life, particularly in divorces (whether before, during or after), where one spouse has attempted to have the other spouse killed and we have had to intervene.

One of our clients, “Jack” reported to us about how a few men had broken onto his property one night. Though he was alerted to their presence by the sound of his dogs barking, these men did not seem concerned with escaping. Though he admits it was reckless of him at the time, he had run outside to try and work out what was going on, spotting these men. He heard several shots ring out, with one of the bullets coming so close to him that he actually felt the rush of wind from it flying past him.

“Jack” and his situation

“Jack” and his wife were involved in an extremely heated battle over assets which had gone on for months.  He thought that because his wife knew a lot of the locals in the area that she had hired some of them to break into the property and steal some of the assets they were fighting over so that these would be considered lost. “Jack” had already told us about numerous instances where his wife or her employees had had access onto the property, and how several items would then go missing. Strict measures had been taken by him and our offices to prevent this happening again.

When he had interrupted these men, they had indeed been attempting to remove part of a structure in the garden used by him in his business. However, what they were trying to remove was actually nothing valuable, particularly compared to several other items which were within reach of the men. He realised that the men’s unusual behaviour, including them not having fled when the dogs began barking, was because they had instead been luring him out to kill him. Having missed their chance, they immediately fled knowing that the police would be called.

A police case was opened and “Jack” relayed his suspicions to them about his wife. It was made clear to the other side that he was on high alert to call the police if he saw any suspicious activity at all and that she would be the first one questioned. On our advice, he had already executed a new will to take precautions to protect their children’s inheritance in a trust controlled by independent trustees, so she would not get any access to the assets or funds even if he died. Though she pleaded ignorance, the men never did return.

Should you require any assistance or if you ever fear that your own life may be in danger please contact us immediately. 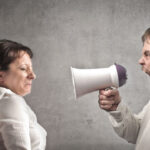 LEVEL 3 LOCKDOWN – NO SMOKE WITHOUT FIRE – YOUR RIGHT TO SMOKE!Uncategorized