LEVEL 3 LOCKDOWN – NO SMOKE WITHOUT FIRE – YOUR RIGHT TO SMOKE!

The Constitution of South Africa is the supreme law of the Republic of South Africa. It provides the legal foundation for the existence of the republic, it sets out the rights and duties of its citizens, and defines the structure of the Government.

The prohibition against the sale of tobacco in South Africa during lockdown is fundamentally an infringement of your constitutional rights, namely:

As citizens of South Africa there is an argument that our rights and freedom of choice have gone up in smoke, and been removed without any justifiable basis.

Furthermore, nicotine withdrawal causes bad tempers, frustration, agitation, anxiety and mood swings. There is vast documentary evidence of the damaging health effects of smoking, however there is absolutely no evidence that COVID – 19 symptoms are alleviated by a period of abstinence from smoking. To the contrary, there is a substantial amount of evidence of the short-term risk to the mental well being of those who use tobacco as a coping mechanism. This restriction on our rights and freedom of choice  has ultimately opened up pandora’s box for far more serious issues such as an increase in the risk of domestic violence. As people suffer from a withdrawal of nicotine in confined and stressful circumstances, so will the suffering of those who are at the hands of the person placed in the position of not being able to access tobacco products.

The ban on the sale of tobacco has far reaching consequences for its citizens, which consequences are starting to rear their ugly heads! 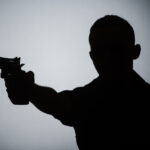 Are you in danger from your spouse?Uncategorized 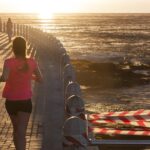 WHY ARE BEACHES AND PUBLIC PARKS ARE CLOSED TO THE PUBLIC?Uncategorized