On 23 July 2020 our President Cyril Ramaphosa, announced that public schools would close for a 4 week break from 27 July 2020 to 24 August 2020 with a view to protect school pupils and teachers as the spike in Covid-19 cases continue to rise within the country. The announcement on the closure of private schools was however silent, and many South African citizens were caught off guard when they realised private schools would remain open.

There is a great divide between private and public schools and whilst some South African’s have welcomed the closure of schools, in the name of safety, others are reeling in anger that learners from private schools will be able to receive an education while remaining protected from the Covid-19 virus. Public school pupils on the other hand have to sacrifice their education in order to stay safe due to poor infrastructure.

It is a well-known fact in the South African educational system that the majority of primary and high school pupils attend government schools. The minority of school pupils are found in private schools, where parents have to pay the costs for the education of their children. Most parents in South Africa do not have a choice but to send their children to government schools. The sad reality is that the quality of the education pupils will receive in South Africa will depend on how much their parents can afford to pay. The more money parents can afford, the better the education students receive.

If the South African Government is to flatten the curve on the divide between the wealthy and the poor then all schools, whether public or private should follow in the same vain so as to put all pupils on an equal footing. To that end the Government needs to implement a system of education that will benefit every school student in the country. 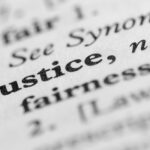 JUDGES AND MAGISTRATES ON THE WRONG SIDE OF THE LAWUncategorized 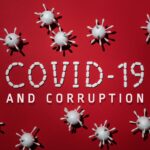