Public consultation process to follow for the new ‘Weed Bill’

In September 2018, the Constitutional Court delivered a judgment that removed the criminalisation of privately growing, owning and using marijuana/cannabis/weed etc. and directed Parliament to enact Legislation in two years (this year).

Pending this, the Constitutional Court suspended the relevant provisions which criminalised the private cultivation, possession and consumption of cannabis.

The Cannabis for Private Purposes Bill was approved by Cabinet in August for submission to Parliament on 01 September, and should soon be officially available for public comments in the ordinary course of the process for bringing legislation into law.

Certain pro-cannabis groups had already provided their comments before this public comment process is formally initiated about the problematic or irrational areas they have picked up in the Bill that they believe may result in legal challenges if it is passed as it is, including for example that it still criminalises the sale of cannabis seeds so that it is unclear how citizens could purchase and cultivate their own plants.

Other legal professionals have noted how the Bill may be strictly technically compliant with what Parliament was directed to do by the Constitutional Court, but that effectively it may lack the spirit of the judgment in many respects, notwithstanding that it does go a long way towards removing prior convictions.

What are your views about the Bill, the Constitutional Court judgment or even just the progression towards the legalisation of weed in South Africa? 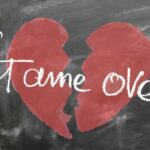