The shooting of Eldorado Park teenager Nathaniel Julies by members of the SAPS has once again brought into sharp focus the issue of police brutality. His senseless murder has sent shockwaves around the globe.

Nathaniel, 16, who had Down syndrome, was unarmed when he was gunned down, dragged into a police van, and dropped off at Baragwanath Hospital, with gang violence being cited as the cause of his death. Nathaniel was shot by police officials after allegedly failing to respond to police who were questioning him.

Outrage over the brutality of this murder may fade over time and the police will be on to their next victim if we as a country do not stand up against this type of conduct. Communities have been let down by those who are supposed to protect them.

Police brutality needs to be confronted and addressed with the full might of the law and in a way that will bring about solutions and change. At the heart of police brutality in this country is its violent past. Reform is critical if we are move forward.

The arrest of three police officials gives us a glimpse of hope that change is on the horizon.

To find out more information about Child Law please click on this link provided and let us help you if your rights have been infringed upon : https://benitaardenbaum.com/child-law/ 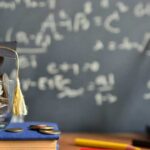 What happens with the payment of school fees under Covid-19 circumstances?Lockdown South Africa 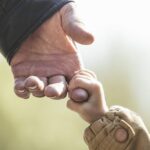