JUDGES AND MAGISTRATES ON THE WRONG SIDE OF THE LAW

By Benita Ardenbaum
Posted 4th Aug 2020
In Uncategorized
JUDGES AND MAGISTRATES ON THE WRONG SIDE OF THE LAW2020-08-042020-08-04https://benitaardenbaum.com/wp-content/uploads/2018/08/ba_logo_main_landscape.svgBenita Ardenbaum Family Law Attorneyshttps://benitaardenbaum.com/wp-content/uploads/2020/08/judgesmatter-blog-advocates-struck-off-the-roll.jpg200px200px

Judges and Magistrates aren’t infallible, and unfortunately, information can come to light that some have been breaking the same law they are meant to uphold.

Of greatest concern are cases of gross misconduct, bribery, fraud, and defeating the ends of justice, as these usually directly influence matters they preside over.

This, of course, does not excuse the commission of any crimes unrelated to their job, as there is a great degree of public trust that must be placed in them.

Given their stature and authority, it is often difficult to challenge them, and any accusations or charges brought against them can often take years to resolve.

In May 2020 it was reported that the proceedings against Judge Hlophe relating to accusations of gross misconduct (since 2008) may be postponed indefinitely.

It was also recently reported that a former Magistrate in the Western Cape had been fraudulently misleading the Department of Justice in 2013 into believing he was still acting as a Magistrate in the one court so as to illegally earn an extra income, and he will be appearing in court on charges of fraud.

Legislative measures are taken to secure Magistrates and Judges with sufficient remuneration in particular so that they ideally would not be financially influenced in any matters, but greed is pervasive in all facets of society.

For there to be proper public trust in the legal system and judgments, there must be greater safeguards in place to prevent this type of conduct, swift and effective action taken when cases arise, and consequences for those who are guilty. 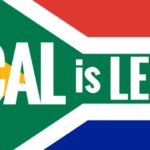 LOCAL IS LEKKER – YOUR SUPPORT IS VITALUncategorized 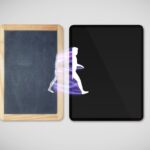