South Africa has a constitutional right to peaceful protest.

Several Anti-GBV marches were planned for 27 June 2020 around the country, with the organisers stressing that this was a strictly peaceful march with all participants required to wear a mask, exercise proper social distancing and to self-isolate.

Organised gatherings are prohibited under the Regulations. The purpose of this would seem to be to prevent circumstances where people are placed at increased risk of infection, but could also be used by authorities to suppress valid protest action

The organisers of these marches acknowledged that no prior permission had been granted by authorities for these marches. Marches in Johannesburg and East London nevertheless proceeded unimpeded, with appropriate monitoring measures by police.

The Durban police, however, prevented participants from leaving the area at all leading to a peaceful sit-down by protestors, threatened to arrest protestors if they remained there or proceeded with the march, reportedly arrested 39 people (without social distancing) after this, and fired rubber bullets and/or stun grenades.

The organisers of the Anti-GBV marches condemned, in a statement, the “brutal” and “harmful” actions of the Durban police. They have stated that the release of those arrested with warnings indicate that this was a means to “prevent” the protest (thereby prioritising the regulations over these serious GBV issues and concerns).

It must be remembered that the very nature and act of protest is such that the authorities who are being criticised by the protestors will want to shut down the protests as soon as possible where they can.

Regardless of your view of this particular protest, it should be concerning whether the Regulations will be relied upon to suppress any other valid protest action, particularly when it comes against those authorities who decide upon and enforce the Regulations. 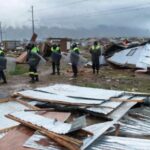 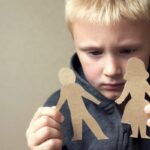 GIVING THE CHILD OF DIVORCE A VOICE!Uncategorized