A frightening statistic recently released has suggested that the number of gender-based violence cases has risen by some 500% since the start of the Covid-19 lockdown. South Africa has amongst the highest levels of intimate partner violence in the world.

It is unfathomable to believe the number of, not only woman but children who continue to be killed and abused, especially by those people closest to them. The reality is that those victims, who have been abused, and some sadly murdered, have been trapped with their abuser as a result of the national lockdown, with no escape, or help in sight.

There has been a further suggestion that the recent increase in South Africa’s femicide rate has been linked to the country’s relaxing of the lockdown to Level 3. As South Africa went into a national lockdown on the 26th March 2020, the lockdown rules included a ban on the sale of alcohol and tobacco in an effort to limit domestic violence whilst families were forced to stay at home. Whilst the initial measures put in place were seemingly successful in stemming the spread of COVID-19 virus, the recent lifting of the ban on the sale of alcohol has sadly been a contributing factor in the surge of gender-based deaths and domestic violence cases.

President Cyril Ramaphosa has now called on all South Africans to end the culture of silence around gender-based violence and report any and all offenders to the police. President Ramaphosa has furthermore revealed that since South Africa entered Level 3 lockdown there has been a surge in gender-based violence and Femicide, which evidence has disgusted our President. The struggle for many South African woman is real, and ENOUGH IS ENOUGH!

If you have been a victim of domestic violence please do not hesitate to contact our offices. We can help you win the fight! 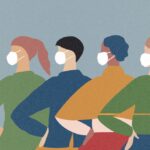