Political Corruption is the use of powers by government officials or their network contacts for illegitimate private gain. A devastating reality for South African’s is that we are currently experiencing political corruption right before our very eyes during Covid-19.

As the Covid-19 pandemic has ruthlessly spread throughout our country causing poverty, joblessness, and thousands of deaths, there are those in higher power within our Government who have been making themselves disgustingly wealthy at the hands of those citizens suffering on a daily basis. At the forefront of the political corruption within South Africa are government officials, politicians, and high-ranking members of the ANC.

In the past few weeks the allegations of Covid-19 corruption have escalated. Those in power seek only to exploit their positions, and continue to abuse our democracy. Whilst Nelson Mandela had a vision for our country, corruption was definitely not part of that vision. One of the biggest long-term challenges for the ANC has been the distribution of wealth and land since the end of apartheid.  According to World Bank statistics, South Africa is one of the most unequal countries in the world.

Our President Cyril Ramphosa has acknowledged that, “the ANC and it’s leaders stand accused of corruption, and this is a stark reality that we must now confront”. Ramaphosa has furthermore stated that “ that lack of discipline and the party’s failure to deal with issues within the organisation has eroded the organisational ethos and standing”. “Our deeds must, always, match our words. We cannot as the ANC rightfully call ourselves leaders of society if we fail to lead the people in eradicating corruption from our own ranks.”

In an effort to address corruption of those in higher power, Ramaphosa has called on the ANC to confront corruption and to live up to the legacy of freedom fighters, like former President Nelson Mandela. It remains to be seen whether or not our President’s call will be taken to task. Only time will tell. 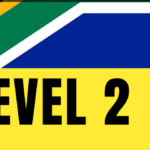 LEVEL 2 IS HERE: ALL CHANGES TO THE REGULATIONSLockdown South Africa 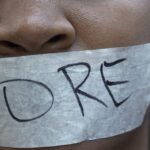 VIOLENCE AND SHOOTINGS ON THE RISELockdown South Africa